He is on a mission to help our pets. , , And here it is to answer your questions.

Sean, who is the lead veterinarian for pet food firm tails.com, has helped owners with questions for ten years. He says: “If your pet is acting funny or is under the weather, or you want to know about nutrition or exercise, just ask. I can help keep pets happy and healthy.”

Q) My one year old cross breed rescue dog Scooby chases his own tail when he is excited.

I worry it’s not good for him – even I feel dizzy seeing him walk around. should I be worried?

Sean says: Not really, unless it becomes a constant habit and cannot be stopped. 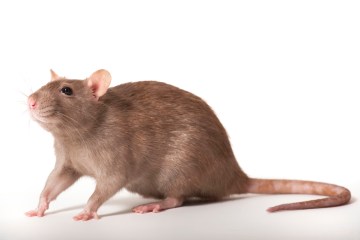 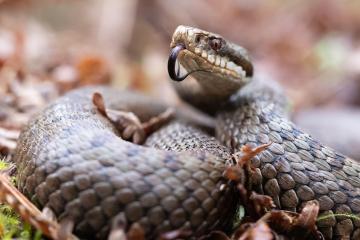 I would try to encourage Scooby to play other sports and make sure he is well exercised as well as providing lots of mental stimulation through training and problem solving.

An occasional tail chasing session isn’t really a big issue if you’re confident he’s getting enough stimulation in other ways as well.

Q) My cat Bob wants to sleep on my bed at night.

I also have a Labrador fiddle, which isn’t allowed, but bob crawls when I’m sleeping.

I want to be fair to both of them. What do you recommend?

Sean says: You may have different rules for dogs and cats in the same household.

Dogs do well at knowing consistency, routine, and rules. I won’t read too much into it.

Anyway, cats rule the roost. We are his servants, the sooner you and Bela can reconcile this, the better.

Q) I have a seven year old rescue dog Patch, who is a Jack Russell cross West Highland Terrier.

How much should I feed him? I take him for a long walk around 8 in the morning and when he returns, he is given a chicken twist.

We go out again at 3 pm and on their return they have to chew on another.

When I go out I give him a treat. Plus, I’m guilty of giving her a little treat sometimes about what she’s eating.

Am I feeding him too much?

Sean says: You’ve given me a lot of information there but an important piece of the puzzle is missing.

What food are you feeding her and how many calories are in it.

Different brands and types of food will have different caloric amounts. So 200 grams of one wet food may be equal to 300 grams of another.

At Tails.com we calculate your dog’s needs on an individual basis taking into account their lifestyle factors, weight, body condition and other foods to give you a calorie recommendation, feeding plan and the scoop on the right portions so that they can maintain a healthy weight.

Another tactic is to learn the Body Condition Score patch (evaluation of fat in major body parts), which will allow you to determine whether what you are currently feeding is too little, too much, or just right. Is. We have a video on our tails.com YouTube channel showing how.

He starts sighing a lot since then and keeps quiet. Is she sad and what can I do about it? Should I get another one to keep him company?

Sean says: Yes, for the most part ferrets are sociable creatures, and although there are some issues it is certainly worthwhile to introduce people new to an established ferret group or individual pet.

As you know from Edward and Eddie being together, they love to play and relax together.

So I’m not surprised that Edward is feeling a little sad. A good ferret rescue will help you find a match for those who get along well with it.

Have a question for Sean?

Send your questions to vet@the-sun.co.uk

star of the week

Klaus is lovingly showering his new owners – after he is found starving and in a cardboard box covered with wounds.

He was taken to Birmingham Dogs Home after being discovered by a walker on Christmas Eve.

Yet despite the mistreatment he has been subjected to, he is filled with affection for Fiona Law, the 34-year-old new owner of Willenhall.

She said: “Despite everything she has done, she has shown nothing but extreme affection and kindness.

“You can’t buy happiness but you can certainly save it.”

A Birmingham Dogs Home spokesperson said: “It’s why we’re so proud of our work to help dogs like Klaus when they need it most.”

New research has found that cats and dogs grieve the same way we do when we lose a partner.

One study found that nearly 90 percent of poochs who experienced the death of a canine friend in the same household showed signs of grief, being less playful, more fearful, eating less and demanding more attention.

Another revealed that 65 percent of cats typically exhibit four or more behavioral changes following a loss. 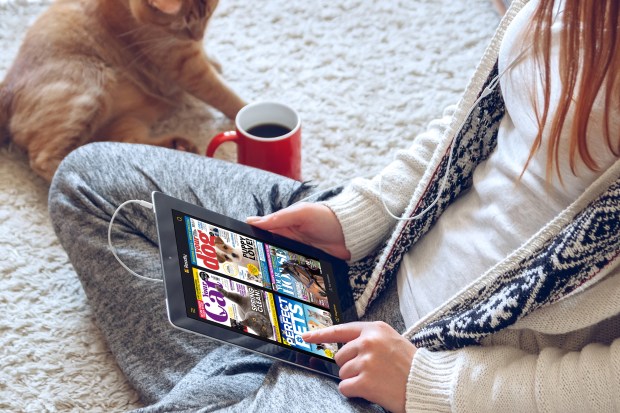 We’re joined by the Ready Digital Magazine & Newspaper App – with 6,300 titles for on and offline reading, including tons of pet magazines.

To enter, send an email led by READLY by June 12th.