A home that holds a maritime secret has entered the market for $535,000 – but some house hunters have dubbed it a “wreck”.

the pictures show A beautifully designed white house with stairs leading to the entrance.

But on the inside there are strange features such as an entire room dedicated to what looks like the top of a ship.

A link to the real estate listing was shared with the caption: “Starts ok but once you keep going the train wreckage gets worse”.

Some viewers of the post were not kind about the look and feel of the house. 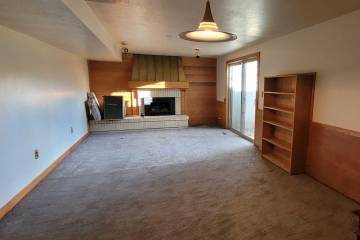 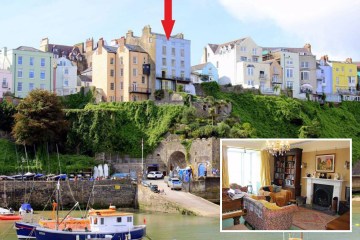 One person said: “It’s the feel of an old man’s hangout, like a fancy VFW or Mason meeting spot. And someone was like, “I’ll be in that!” And they set up the world’s saddest rinky dink kitchen.

Another joked: “Idk this looks awesome. Especially if you have pirates.”

Another said: “It got lost on its way to California. Imagine it in Los Angeles.”

But some believed the criticism was unfair and defended the house’s layout.

He said: “Train wreck”? Dear God, everyone here thinks that nothing new has been built, it is a train wreck. It is very well kept and various rooms were modernized in the 80s/90s. The rest of it is too classic or would be easy to update.”

The person admitted that the basement had “strangely colored” floor tiling, but thought the design choice wasn’t “super weird.”

He added: “The fireplace surround also got me thinking about Scrabble, and I love it.”

In photos, Art Deco mirrors hang from the walls with eye-catching finishes and large rooms for entertaining.

An indoor 12×32-foot pool sits on the lower level while a sunroom sits alongside an eat-in kitchen.

Located on the western edge of Missouri, Kansas City is famous for its barbecue, jazz heritage, and fountains.