A bumper £15bn of a living relief package was unveiled by the Chancellor last week – here’s how to get all the payments you owe.

Emergency cash assistance for desperate families struggling to pay their energy bills will be phased out during this year.

Every household will get at least £400 to go toward their bills as prices are expected to rise further later this year.

Ofgem’s boss predicts that the price range could almost be hit £2,800 in October – adding £830 to customers’ bills.

It will be a bitter blow to families who are already struggling to afford expenses – six million are already in debt with your supplier At an average of £188.

That means the cost of living that Sage mentioned last week will be a lifeline for difficult families—here’s how to make sure you’re getting all the payments you’re eligible for. 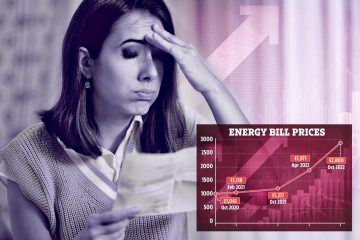 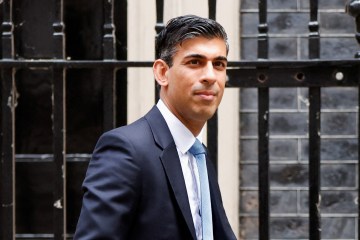 Department of Work and Pensions will pay in lump sum,

You’ll get the first £325 installment in July, and the second £325 in autumn – although an exact date hasn’t been announced yet.

You don’t need to do anything to get paid.

It will be given automatically – but there are eligibility criteria for this.

If you have a joint claim with a partner, both of you will receive a payment of £650.

£400 napplication bill grant a. will replace the current plans for £200 energy discountFamilies who were told they would have to pay back in five years.

Originally, the £200 discount was to be distributed to households in October.

From April next year people’s bills were to be automatically repaid in £40 instalments.

The £400 discount will be automatically distributed to all households in England, Scotland and Wales.

This means that you do not need to apply for a grant to receive it.

From October, households will be supported through their energy supplier – paid in installments over six consecutive months.