Your morning coffee may be more expensive than you think, depending on what you’re using.

ecology cost savings We’ve broken down the least expensive coffee makers to keep in your home.

how much does your coffee cost you

Running the average coffee maker for an hour costs about the same as the cost of doing a load of laundry. 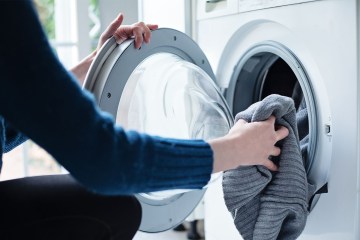 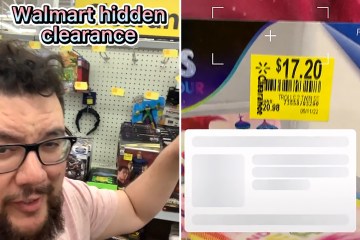 The most common coffee maker in the US costs 20 cents an hour, with the lowest and highest running costs between 10 cents and 31 cents, respectively.

It may cost only 10 cents to buy a low-wattage machine to run for an hour while a high-wattage one can cost you 29 cents.

If you have a single-serve coffee maker, it can cost as much as 23 cents per hour, as it runs on an average of 1,260W.

Espresso and combination coffee makers are usually the most expensive to run, depending on the machine.

Espresso makers can cost up to 27 cents per hour, while combination machines can cost as much as 31 cents.

If you’re deeply attached to your coffee machine, there are ways to reduce its energy use.

how to cut costs

As with many products, the easiest way is to unplug the machine when it’s not in use. save money,

Coffee makers continue to consume electricity unnecessarily by staying hot, which is known as phantom energy Or a vampire plug.

Unless you need to constantly have hot coffee on hand, consider turning off the pot completely.

Heating up is where a large amount of energy is used with coffee makers.

Making your morning joe’s cup at a lower temperature will cut costs.

Getting a French press is a great alternative to specialty coffee makers because it just involves boiling water on the stove.

To save even more, opt for an electric kettle to heat the water.

And if you know you’re not going to be using your coffee machine for a while, make sure you leave it unplugged.

The coffee maker is just one appliance that is driving up your energy bill.

So-called vampires suck up energy even when the equipment is turned off and they could be the key to cutting energy costs by hundreds of dollars per year.

While a TV alone only racks up $10 per year worth of phantom loads, everything around it can add weight to your bill.

If you have a cable box, you’re likely to lose $10 a year when it’s closed.

And the same goes for the audio or speaker system you may have linked to your TV.

Old refrigerators, washing machines, microwaves and toaster ovens can also be among the worst offenders.

Although you may have to shell out some money for new equipment, older models tend to be less energy-efficient.

For example, the National Resource Defense Council states that you can save $100 per year by replacing a 1980s-manufactured refrigerator with a newer Energy Star model.

Additionally, environmental advocacy groups claim that you can save $110 a year by replacing washing machines before 1994 with the Energy Star brand.

Another common feature in your home is the cooling unit.

Cooling typically accounts for 13 percent of an average household utility bill, according to energy star,

In addition, fans leave and air conditioning units Running for a long time can make a big impact on your bill.

Sun found it That leaving the AC on overnight can add up to $50 to your bill in a month.

and check out Creative advice from this financial expert To save up to $75 per month on streaming subscriptions.