Thousands of Volkswagen owners are in line to receive an average of £2,100 in compensation after the emissions scandal.

It emerged in 2015 that millions of VW owners were allegedly duped Buying a car with software that cheats emissions tests.

This meant that drivers of VW, Audi, Seat and koda diesel vehicles believed their cars were environmentally friendly, but instead the emissions were far higher than the company’s.

The company acknowledged that 11 million cars worldwide, including 8 million in Europe equipment was installed. 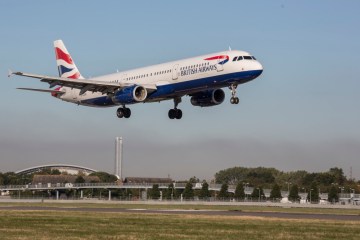 The matter was supposed to go to the High Court in 2023.

But now the settlement has been reached out of court.

While it is not known exactly how much owners will receive, a £193 million settlement spread among 91,000 affected motorists would mean an average payment of around £2,100.

But it did not accept any as to liability, cause or loss.

Announcing the settlement, Ben Smith, investment officer at Therium Capital Management, said that “taking legal action was the only way to ensure that VW was held accountable for allegedly misleading its customers and harming air quality and human beings.” Cheating on emission guidelines will be held responsible for health”.

To get paid, you have to be one of 91,000 motorists who got involved in a “class action” lawsuit against VW.

Not all cars manufactured by the VW Group were affected.

In 2017 motorists were told that if the case is successful, 30% of the compensation awarded by the court would be taken to cover legal costs.

VW isn’t the only company that has compensated customers.

Millions of BT customers are close to receiving a £500 payment after a £600 class action claim was brought against the telecom giant.

BT has been accused of Overcharging elderly and low-income customers.

While Lloyds Banking Group had to pay £13.6 million to 350,000 customers After checking home insurance renewal policies.

The Financial Conduct Authority said it found the bank’s wording about the millions of policies was not clear and misleading.